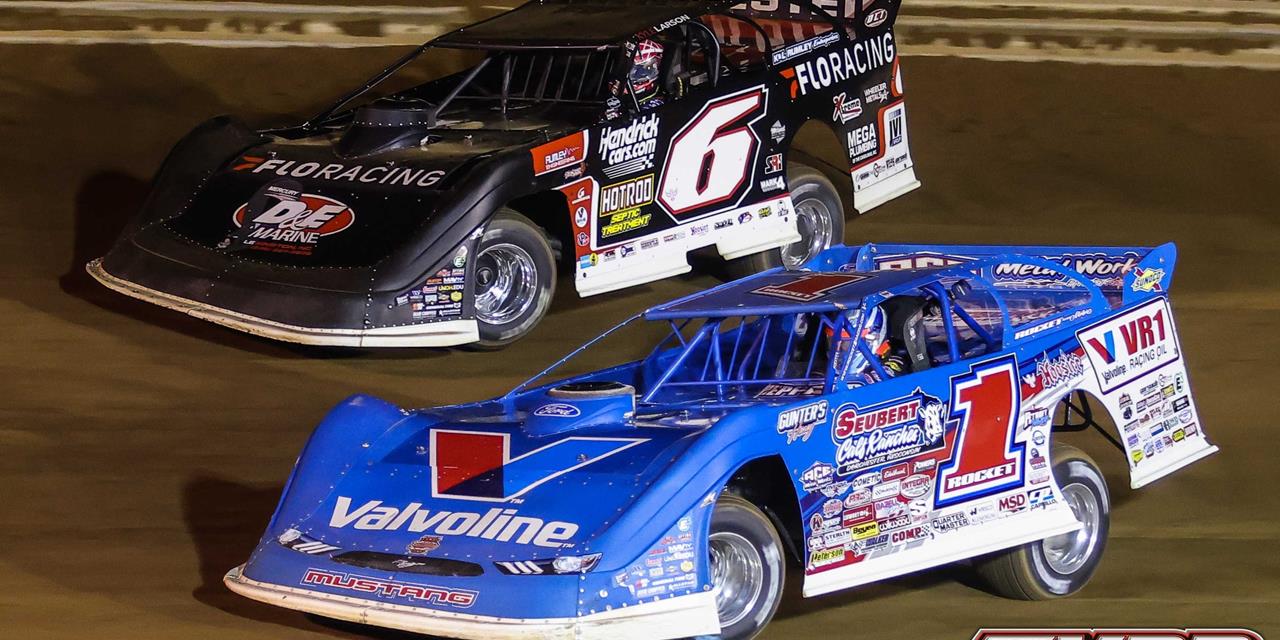 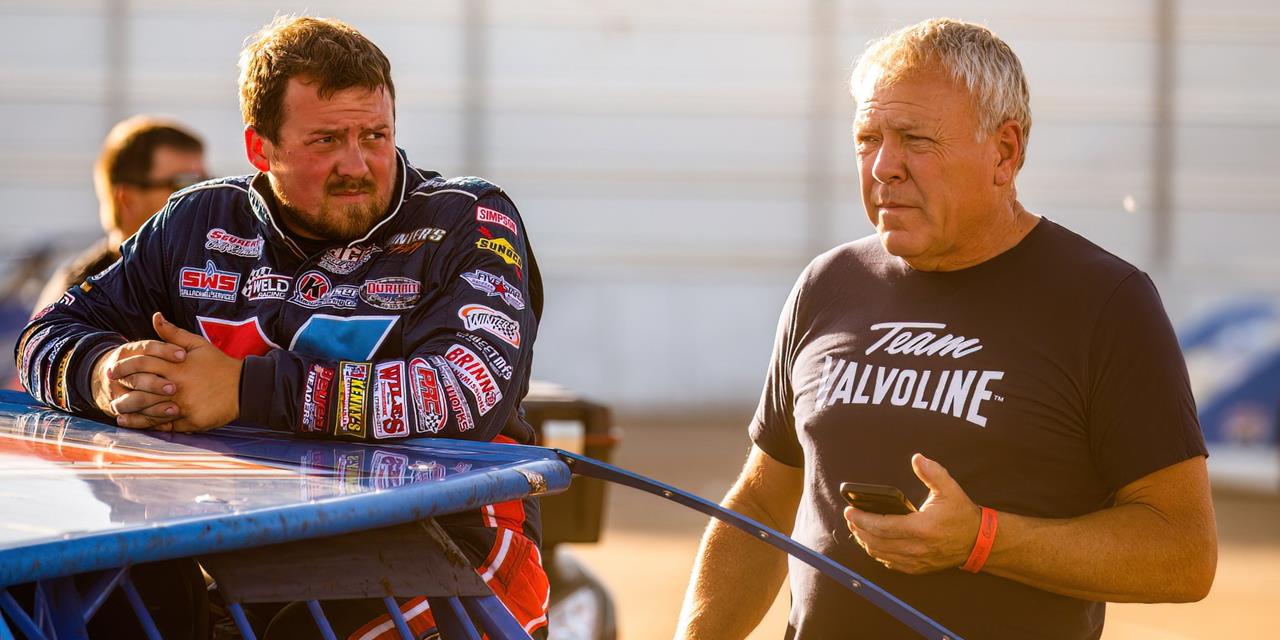 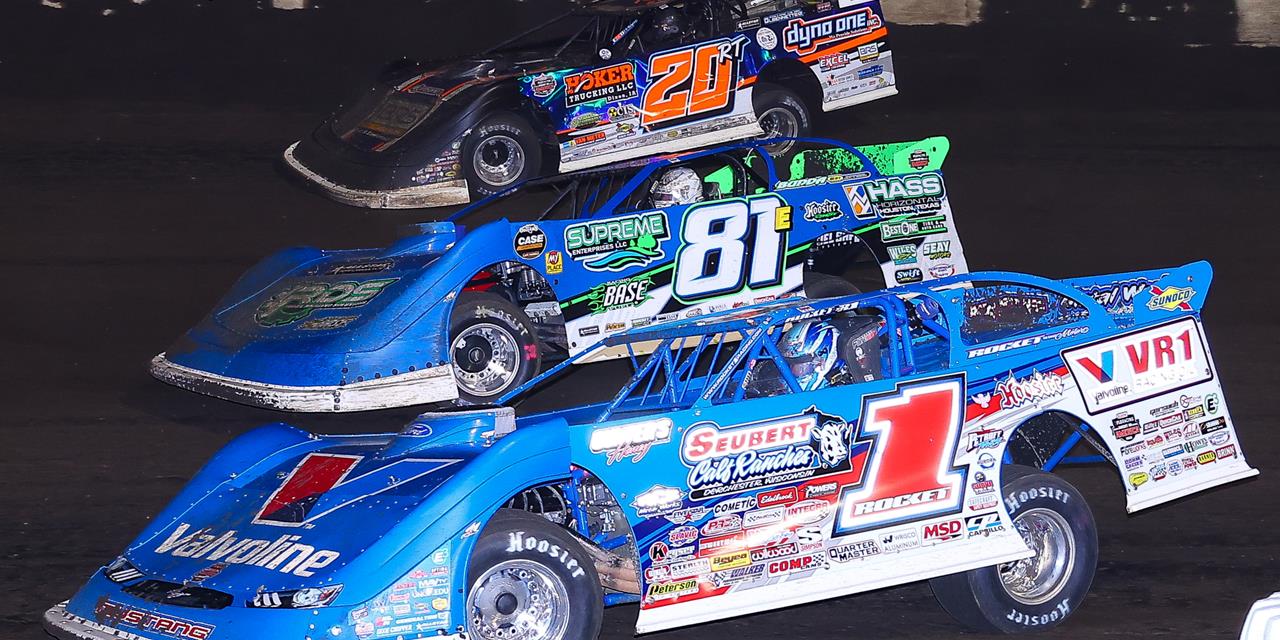 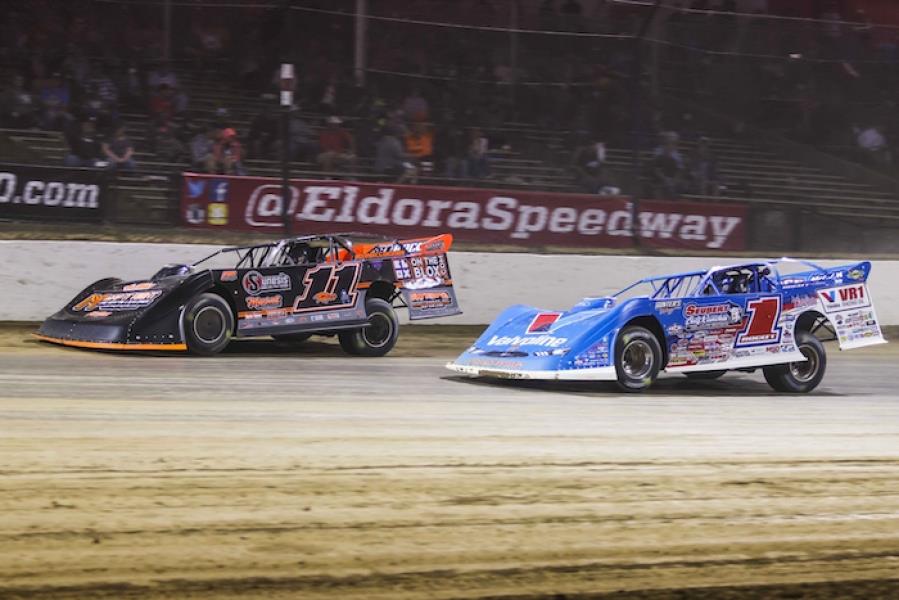 Sheppard’s weekend performances included a Top-5 finish in the weather-delayed Dirt Late Model Dream as well as a pair of Top-10 finishes in prelims for the 52nd annual World 100 and an 11th-place finish in the mega finale.

“We started the weekend with a lot of speed. We raced to a fifth-place finish in the (Dirt Late Model) Dream, and then we were pretty good in the World 100 prelims. In the World 100 feature we weren’t quite as good but still managed an 11th-place finish,” Sheppard said. “I’m looking forward to this week. Fairbury (Speedway) on Tuesday is my home track and we’ve won that event the past two years. Then this weekend, Knoxville (Raceway) is just an awesome place, and it’s always great to go there.”

After Mother Nature wiped out their Labor Day weekend plans, Rocket1 Racing and Brandon Sheppard returned to action on Wednesday afternoon at Eldora Speedway (Rossburg, Ohio) as the remainder of the Dirt Late Model Dream XXVIII continued with 14 laps in the books.

Sitting in 14th as the $128,000-to-win A-Main went green, Sheppard took over 10th on lap 35 and worked his way to as high as the fourth position during the race’s latter stages. Racing in the Top 5 throughout the closing laps, Brandon went on to place fifth in the 100-lapper, trailing Brandon Overton, Chris Madden, Tim McCreadie, and Jonathan Davenport to the checkers.

On Thursday afternoon the 107 entries were divided into a pair of $12,000-to-win preliminary programs to kick off the 52nd annual World 100.

Brandon stopped the clock second-fastest in his qualifying group before placing second in his heat. With $12,000 on the line in his prelim, Sheppard advanced two spots to register a sixth-place finish.

For another round of prelims on Friday, Sheppard followed up a second-place showing in his heat race with a fourth-place finish in his 25-lap preliminary feature. He followed Bobby Pierce, Kyle Bronson, and Mason Zeigler across the line with Jonathan Davenport in fifth.

With preliminary points placing Sheppard on the third row of his heat race on Saturday evening, Brandon came one spot short of a transfer position with a fourth-place outing, forcing him to use a provisional to start the $55,000-to-win World 100. Advancing through the field eight spots, Sheppard reeled in an 11th-place finish in the 100-lapper.

Full results from the event are available at www.EldoraSpeedway.com .

The upcoming week has Sheppard set to enter four nights of racing. Action opens on Tuesday with the third annual One For the Road presented by I-Beam Sliding Doors at Fairbury (Ill.) Speedway. The Castrol FloRacing Night in America event posts a $22,022 top prize. Brandon is the two-time defending winner of the event and currently sits atop the latest series standings.

For more information on this week’s slate please visit www.FloSeries.com and www.LucasDirt.com .